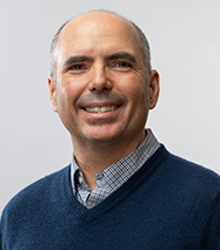 Ivan began his career in IT 17 years ago as an intern providing user support for LCOG while attending LCC.

After graduation, Ivan obtained a position at Symantec providing user support for their computer security products.  A year later he accepted a user support position at Sherman Brothers Trucking where he progressed into a System Administration role and helped manage all IT systems, including user PC workstations, truck satellite consoles, network infrastructure, and Windows and IBM servers.  Ivan completed many challenging projects including upgrading a Windows NT Server domain to Server 2003, and migrating Windows file shares to a new file server.

After 5 years at Sherman Brothers, Ivan obtained a user support position at ECS (Educational and Community Supports). He initially managed user workstations and provided user support, quickly advancing into a System Administration role and eventually becoming the lead Network and Systems Administrator for the department.

Over the years, Ivan has completed many projects at ECS, including the P2V (physical to virtual) migration of our servers, the integration of Microsoft System Center Management and 3 different moves of our entire IT infrastructure.

In 2010, when Ivan began managing ECS's servers, there were 8 physical servers and a Cisco firewall.  Now ECS has 28 physical servers hosting over 100 Virtual Servers, all of which support the continuing development and high availability delivery of the PBISApps suite and other educational support applications.

Ivan and ECS’s IT Operations team work diligently to keep this complex infrastructure secure and available for our users.