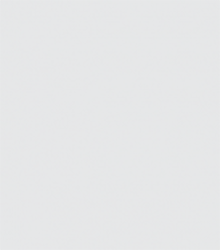 Philip K. Piele is professor and director of the Clearinghouse on Educational Policy and Management and former head of the Department of Educational Leadership, Technology and Administration at the University of Oregon in Eugene, Oregon. Professor Piele was also director of the ERIC Clearinghouse on Educational Management for thirty-four years (1969-2003). A member of the University of Oregon faculty since 1968, Professor Piele has taught graduate courses in business telecommunications in the Applied Information Management Program; networks and communications in the Department of Computer and Information Science; and education law, education policy, and economics of education in the Department of Educational Leadership, Technology, and Administration. Piele was a visiting scholar at Stanford University in 1984, a visiting professor at the University of Toronto in Canada in 1974, and a visiting lecturer at several major Australian universities in 1973. He has delivered papers on educational information systems at international conferences in Canada, Belgium, France, Germany, Ireland, Scotland, Hong Kong, and recently in South Korea Piele is the author of numerous books, monographs, chapters, journal articles, and scholarly papers, the past-president of two national professional organizations and is currently listed in both Who’s Who in America and Who’s Who in the World.